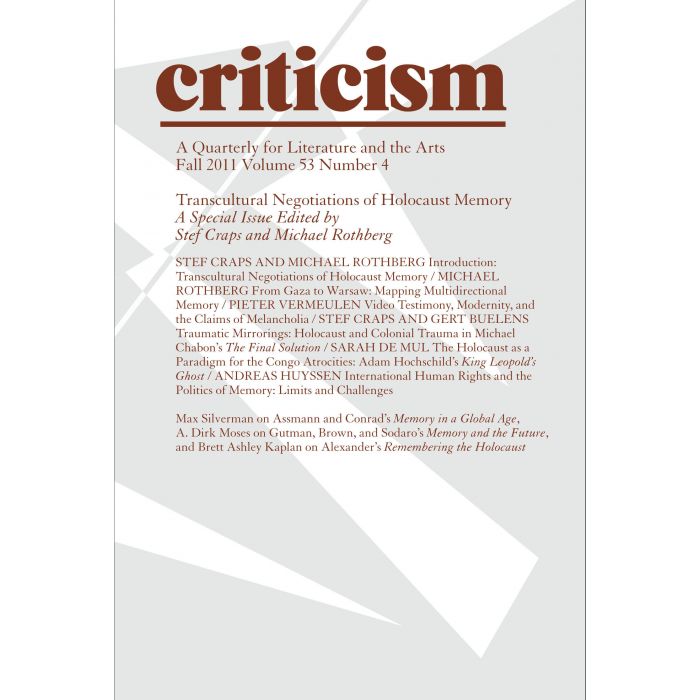 Criticism Volume 53 Number 4 is a special issue that aims to provide further insight into the value, limitations, and pitfalls of the comparative study of Holocaust memory, with particular attention to the central role the Holocaust has come to play in efforts to conceptualize, legitimize, or marginalize experiences of suffering across the globe.

Video Testimony, Modernity, and the Claims of Melancholia
Pieter Vermeulen

International Human Rights and the Politics of Memory: Limits and Challenges
Andreas Huyssen