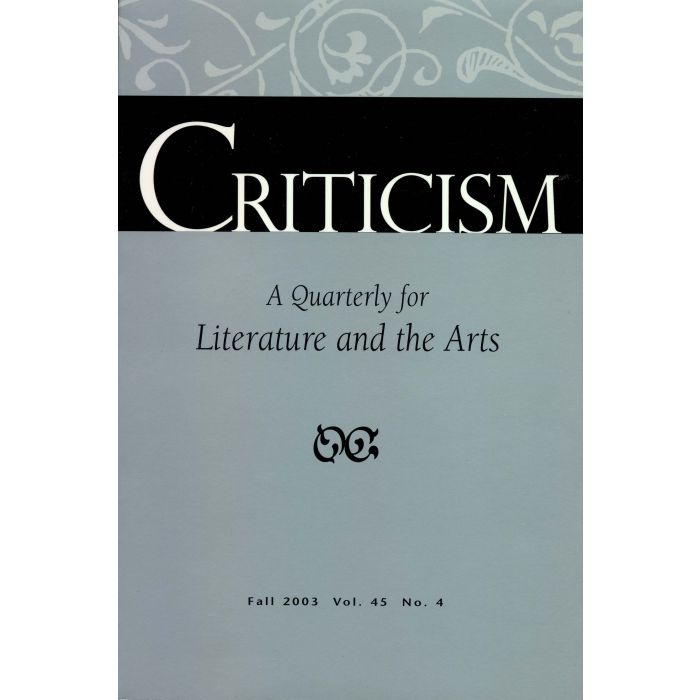 The Animals of Wonderland: Tenniel as Carroll’s Reader
Rose Lovell-Smith

Poetry after Auschwitz: Remembering What One Never Knew by Susan Gubar

Holocaust Representation: Art within the Limits of History and Ethics by Berel Lang
Naomi Mandel

Curiosity and the Aesthetics of Travel Writing, 1770–1840: ‘‘From an Antique Land’’ by Nigel Leask
Donald Ross

The Author’s Due: Printing and the Prehistory of Copyright and Ben Jonson and Possessive Authorship by Joseph Loewenstein
Chris Kendrick

The Consecration of the Writer, 1750–1830 by Paul Benichou
Jan Plug