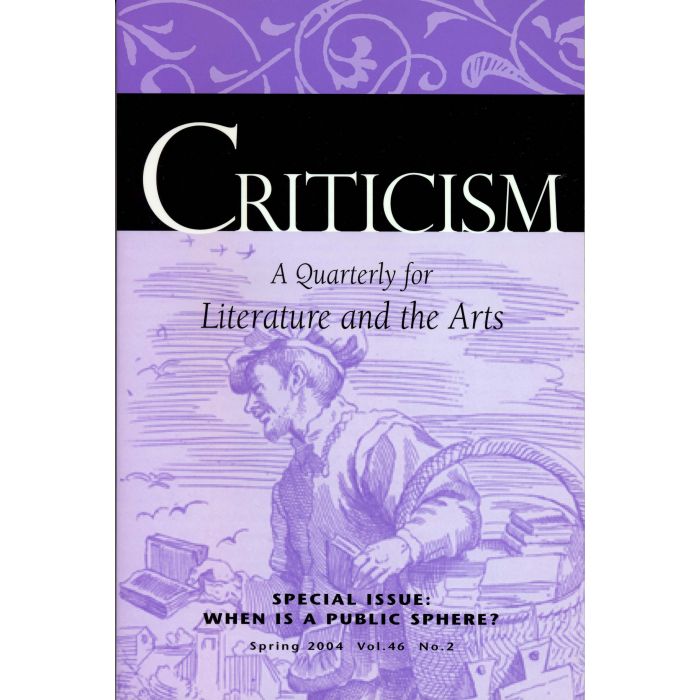 Women, the Republic of Letters, and the Public Sphere in the Mid-Seventeenth Century
David Norbrook

The Bourgeois Public Sphere and the Concept of Literature
Kevin Pask