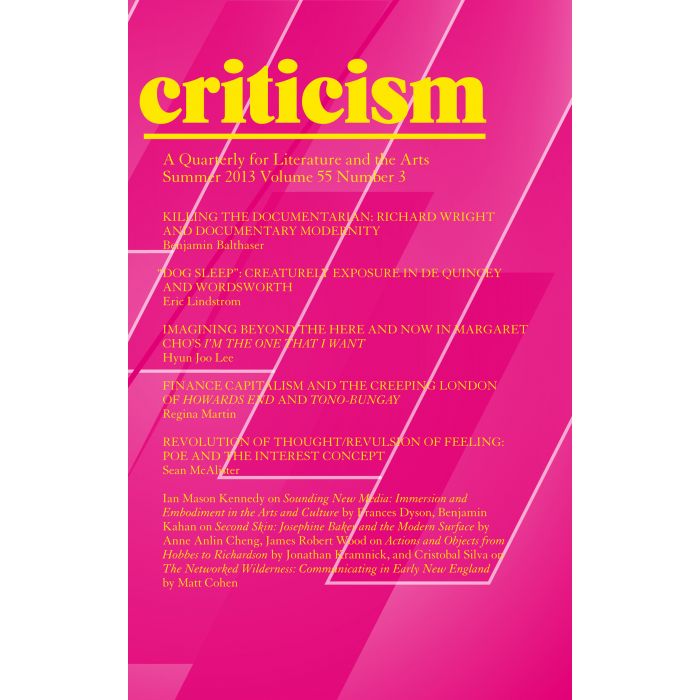 Revolution of Thought/Revulsion of Feeling: Poe and the Interest-Concept
Sean McAlister

Ian Kennedy on Sounding New Media: Immersion and Embodiment in the Arts and Culture by Frances Dyson

James Wood on Actions and Objects: From Hobbes to Richardson by Jonathan Kramnick

Cristobal Silva on The Networked Wilderness by Matt Cohen