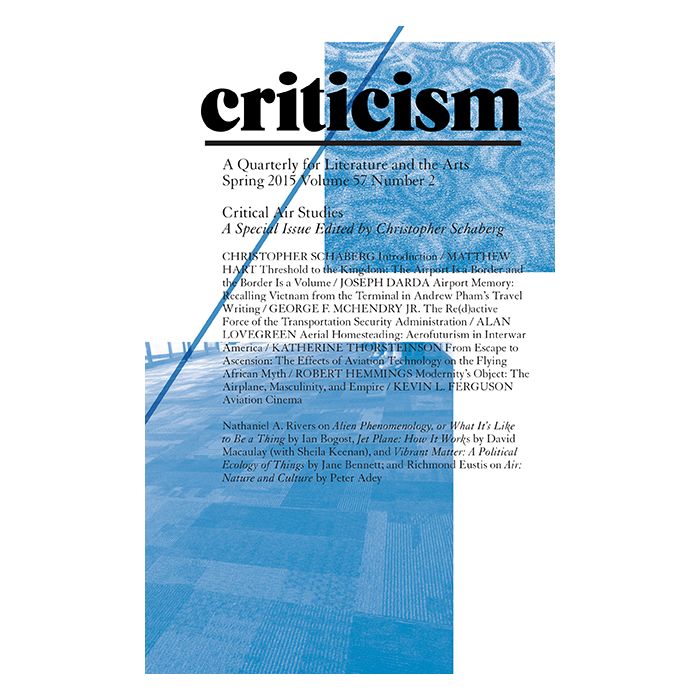 Threshold To the Kingdom: The Airport Is a Border and the Border is a Volume
Matthew Hart

From Escape To Ascension: The Effects of Aviation Technology on the Flying African Myth
Katherine Thorsteinson

Nathaniel A. Rivers on Alien Phenomenology, or What It’s Like to Be a Thing by Ian Bogost, Jet Plane: How It Works by David Macaulay (with Sheila Keenan), and Vibrant Matter: A Political Ecology of Things by Jane Bennett

Richmond Eustis on Air: Nature and Culture by Peter Adey