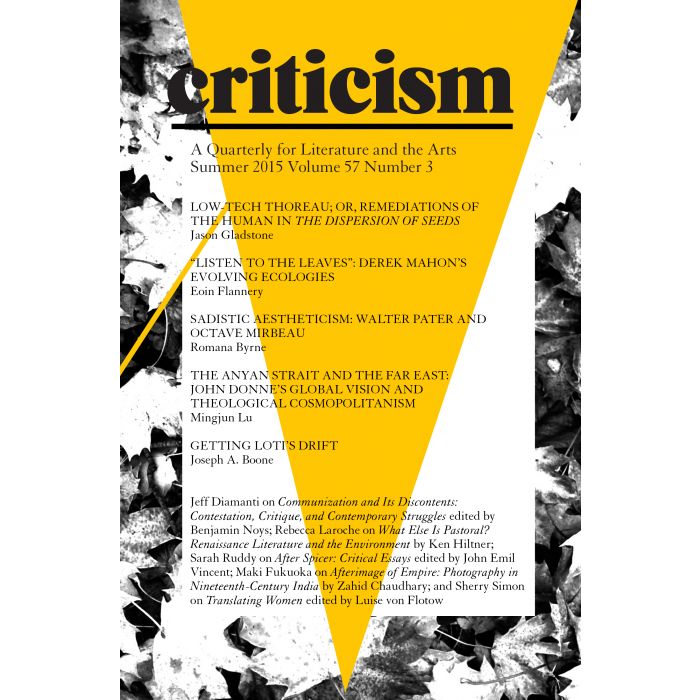 Low-Tech Thoreau; or, Remediations of the Human in The Dispersion of Seeds
Jason Gladstone

Getting Loti’s Drift
Joseph A. Boone

Jeff Diamanti on Communization and Its Discontents: Contestation, Critique, and Contemporary Struggles edited by Benjamin Noys

Rebecca Laroche on What Else Is Pastoral? Renaissance Literature and the Environment by Ken Hiltner

Maki Fukuoka on Afterimage of Empire: Photography in Nineteenth-Century India by Zahid Chaudhary