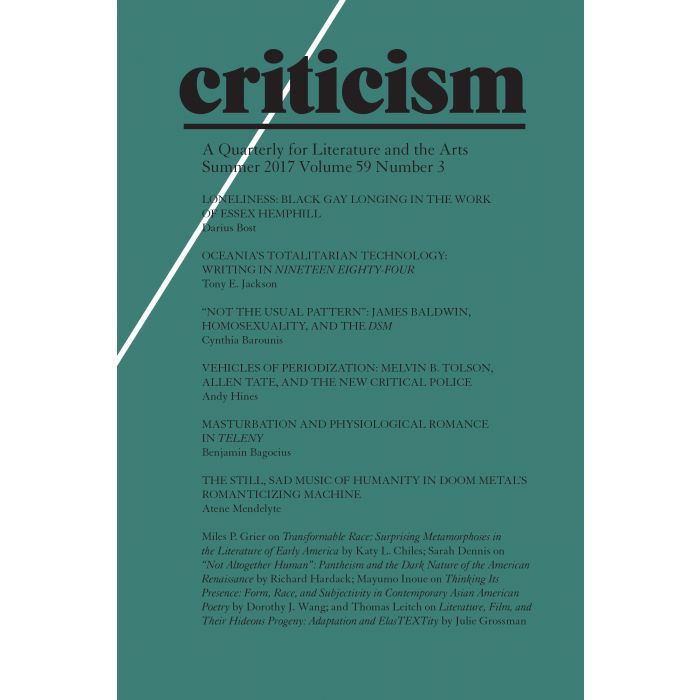 “Not the Usual Pattern”: James Baldwin, Homosexuality, and the DSM
Cynthia Barounis

Sarah Dennis on “Not Altogether Human”: Pantheism and the Dark Nature of the American Renaissance by Richard Hardack

Thomas Leitch on Literature, Film, and Their Hideous Progeny: Adaptation and ElasTEXTity by Julie Grossman