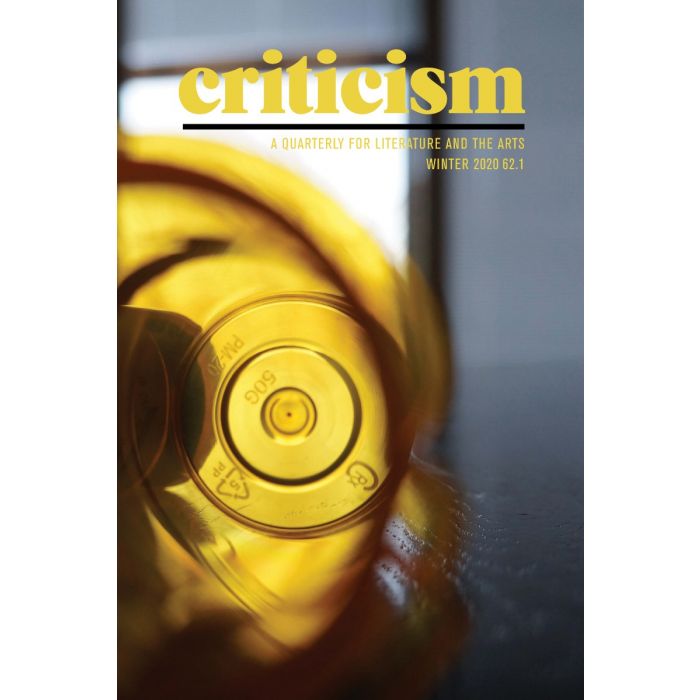 The Potential of Precarity? Imagining Vulnerable Connection in Chris Dunkley's The Precariat and Amy Liptrot's The Outrun
Emily J. Hogg and Peter Simonsen

"A Lamentable Part": Elegaic Characters in Shakespeare's The Two Gentlemen of Verona
A. D. Olson

"The Stain of Breath Upon a Mirror": The Unitary Self in Strange Case of Dr. Jekyll and Mr. Hyde
Jessica Cook

The Fall of the House of Ramsay: Virginia Woolf's Ahuman Aesthetics of Ruin
Graham Fraser

Richard Salmon on The Mediated Mind: Affect, Ephemera, and Consumerism in the Nineteenth Century by Susan Zieger