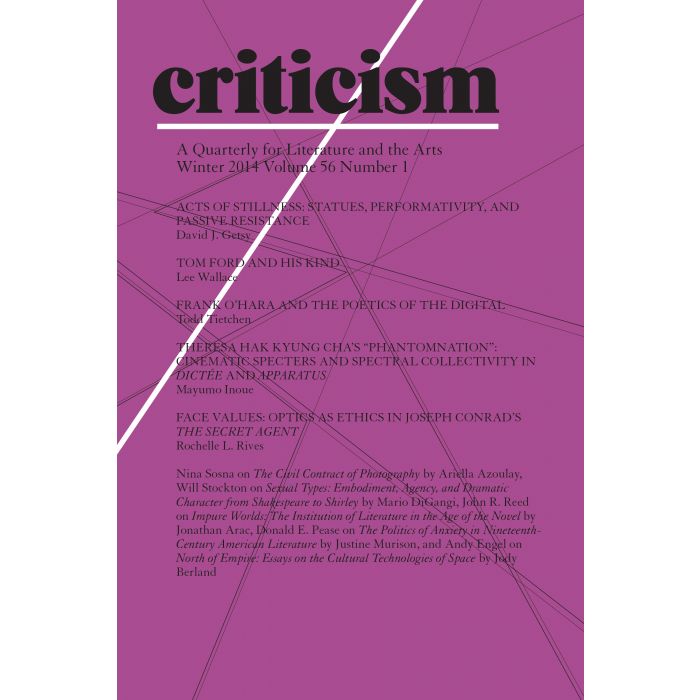 Frank O'Hara and the Poetics of the Digital
Todd Tietchen

Nina Sosa on The Civil Contract of Photography by Ariella Azoulay

Will Stockton on Sexual Type: Embodiment, Agency, and Dramatic Character from Shakespeare to Shirley by Mario DiGangi

John R. Reed on Impure Worlds: The Institution of Literature in the Age of the Novel by Jonathan Arac

Donald E. Pease on The Politics of Anxiety in Nineteenth-Century American Literature By Justine Murison

Andy Engel on North of Empire: Essays on the Cultural Technologies of Space by Jody Berland