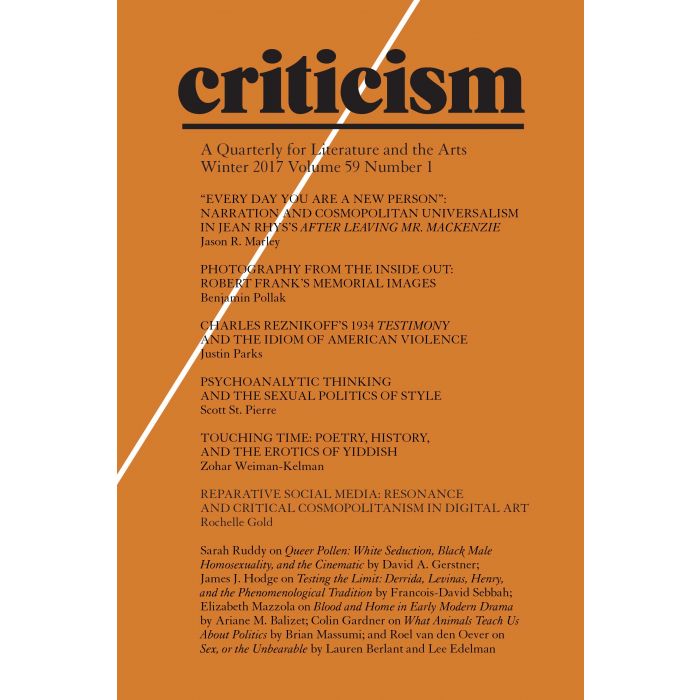 "Every Day You Are a New Person": Narration and Cosmopolitan Universalism in Jean Rhys's After Leaving Mr. Mackenzie
Jason R. Marley

Photography from the Inside Out: Robert Frank's Memorial Images
Benjamin Pollak

Elizabeth Mazzola on Blood and Home in Early Modern Drama: Domestic Identity on the Renaissance Stage by Ariane M. Balizet

Roel van den Oever on Sex, or the Unbearable by Lauren Berlant and Lee Edelman