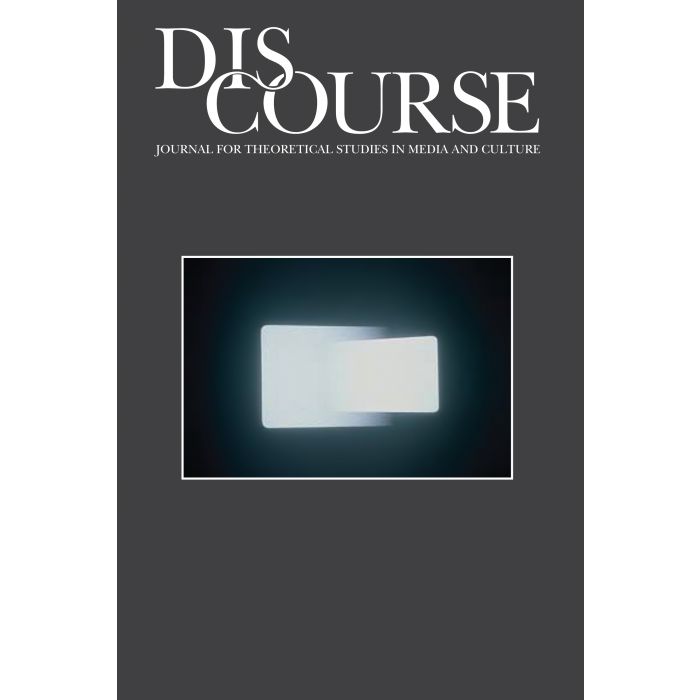 Discourse explores a variety of topics in contemporary cultural studies, theories of media and literature, and the politics of sexuality, including questions of language and psychoanalysis. The journal publishes valuable and innovative essays on a wide range of cultural phenomena, promoting theoretical approaches to literature, film, the visual arts, and related media.

Movements of the Soul: Traversing Animism, Fetishism, and the Uncanny
Spyros Papapetros

The Disembodied Wound of The Piano Tuner of Earthquakes: The Quay Brothers’ “Homage to Chris Marker”
Rebecca A. Sheehan

Retheorizing Comedic and Political Discourse, or What Do Jon Stewart and Charlie Chaplin Have in Common?
Rob King

Following the Impossible Road to Female Passion: Psychoanalysis, the Mundane, and the Films of Jane Campion
Hilary Neroni