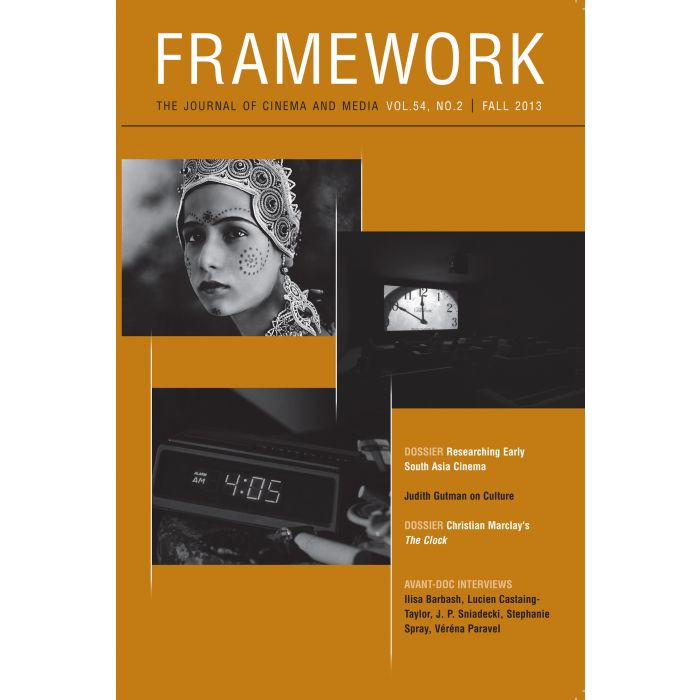 Framework is an international, peer reviewed journal dedicated to theoretical and historical work on the diverse and current trends in media and film scholarship. The journal’s multicultural coverage, interdisciplinary focus, and the high caliber of its writers contributes to important interconnections between regional cinemas, practioners, academics, critics, and students. Framework is committed to publishing articles from interdisciplinary and global perspectives.

DOSSIER: Early Cinema in South Asia: The Problem of the Archive

Early Cinema in South Asia: The Place of Technology in Narratives of Its Emergence
Sudhir Mahadevan

DOSSIER: Cinema as Timepiece: Critical Perspectives on The Clock

Around The Clock: Museum and Market
Erika Balsom

Firing at the Clocks: Cinema, Sampling, and the Cultural Logic of the Late Capitalist Artwork
Martine Beugnet