Be the first to review this product
$24.00
In stock
SKU
NC 4-1
Add to Compare
Narrative Culture, Volume 4, Issue 1
Skip to the end of the images gallery 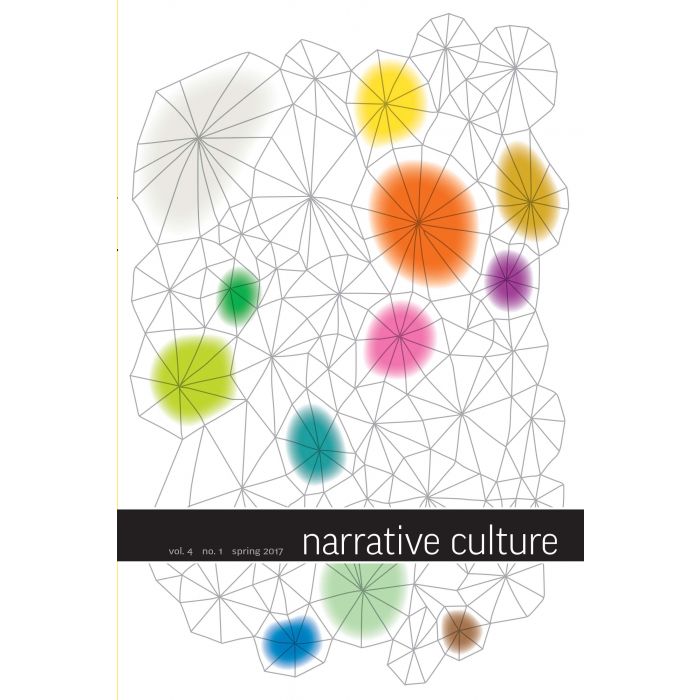 But We Are Living in a Material (and Virtual) World: How Tiny-House Blogs Are Transforming the Bildungsroman
Katra Byram

The Afterlife of Stories: Proverb and the Relationship between Form and Stance
Amy Shuman

Epic, Serial, Episode: The Sopranos and the Return Voyage of Television
Sean O'Sullivan

Transmedial Narratives in the Age of Mixed Media
Jared Gardner