Be the first to review this product
$24.00
In stock
SKU
NC 5-2
Add to Compare
Narrative Culture, Volume 5, Issue 2
Skip to the end of the images gallery 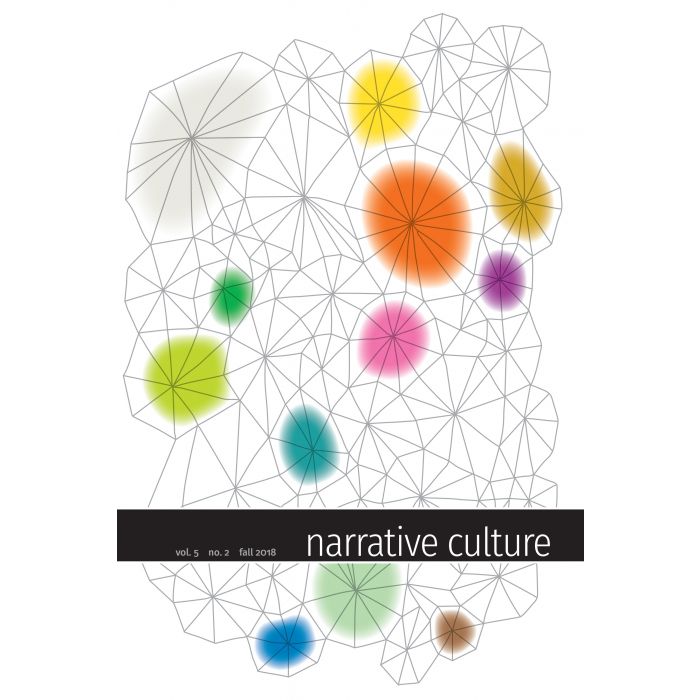 The Serpent Queen: A Case Study in “Travel” and Appropriation
Maher Jarrar

“The Story of the Vizier and His Son” from The Hundred and One Nights: Parallels in Midrashic Literature and Backgrounds in Early Arabic Sources
Amir Lerner

Making Sense of Karāmāt: Narratives about the Prediction of Sufferings in the Chinese Jahriyyah Sufi Order
Yuanhao Zhao

Into the “Land of Snow and Ice”: Racial Fantasies in the Fairy-Tale Landscapes of the North
JoAnn Conrad