Be the first to review this product
$24.00
In stock
SKU
MT 23-1
Add to Compare
Marvels & Tales Volume 23, Number 1
Skip to the end of the images gallery 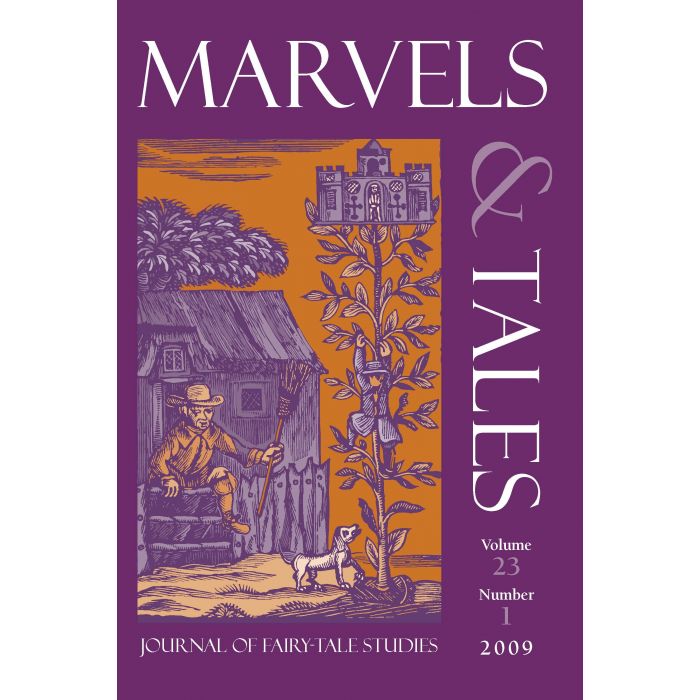 This issue is dedicated to fairy tales and translation. It features not only new scholarly articles on the history of fairy-tale translation, but also translations of tales from Europe, Japan, and Hawai‘i, as well as translations of historically important essays on the fairy tale and fantasy. The issue’s focus developed spontaneously from a sequence of related submissions that reflected the growing interest in the phenomenon of translation, which cuts across many disciplines. The Modern Language Association (MLA), for example, recently announced that the theme of the Presidential Forum at the 2009 MLA convention will be “The Tasks of Translation in the Twenty-First Century.” In the field of fairy-tale studies, the University of Hawai‘i, Mānoa, sponsored an international symposium in September 2008 called “Folktales and Fairy Tales: Translation, Colonialism, and Cinema,” which addressed important questions concerning the translation of folktales and fairy tales.

How Blue Is His Beard? An Examination of the 1862 Hawaiian-Language Translation of “Bluebeard”
Bryan Kuwada

The War of the Bells
Gianni Rodari / Translated by Jack Zipes

Until the Beans Are Cooked
Awa Naoko / Translated by Toshiya Kamei